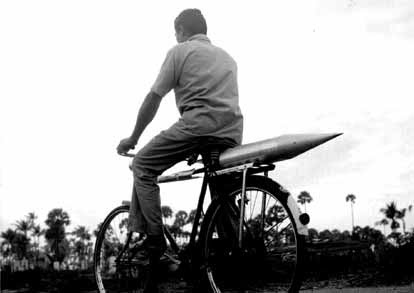 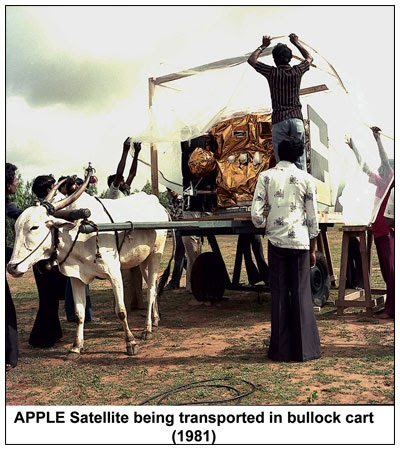 A journey of a thousand miles begins with a single step. Indeed Incredible India!


In 1963 Indian Space Research Organization (ISRO) launched its first rocket from Thumba Equatorial Launching Station.
The station had a single launch pad in the midst of coconut plantations. A local Catholic Church the St Mary Magadelene's Church served as the main office for the scientists. The bishop's house was converted into a workshop. A Cattle shed became the laboratory in which young Indian scientists like Abdul Kalam Azad worked and the rocket was transported to lift-off pad ON A BICYCLE. The second rocket, which was launched sometime later, was a little bigger and heavier and it was transported in a bullock cart for the lift off.
Over the next 12 years, India built and launched more than 350 sounding rockets. 3 ISRO achievements that made Indians proud! 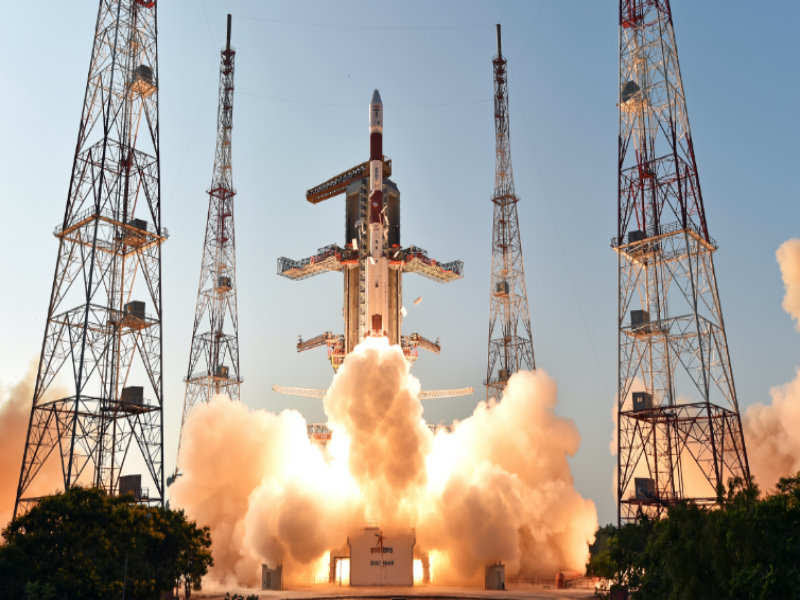 Indian Space Research Organization (ISRO) has given us many reasons to celebrate in the past, and it is back once again with good news. The space agency is going to help the US, which is self-sufficient in space technology, launch its satellite from India's launch pad at Sriharikota. The US is the 20th country seeking India's help for launching its satellite; ISRO scientists have earlier launched 45 satellites for 19 countries. 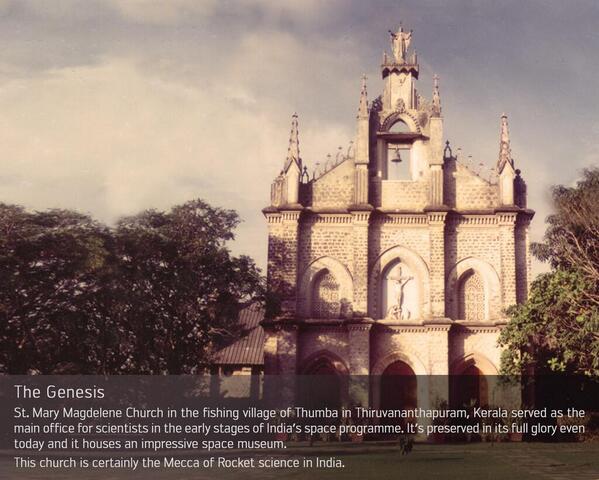 However, what really makes this news special is that India's Polar Satellite Launch Vehicle will push the US satellite into the orbit. Besides this, other three major ISRO accomplishments this year had been:

1) 100 days of Mangalyaan: Remember Mangalyaan? It entered the Red Planet's orbit on September 24, 2014 after a 666-million-km journey from Earth in over 10 months, and made India the first country to taste success in its maiden Mars mission. The satellite sent to Mars was none other than Mangalyaan, which successfully completed 100 days on January 1, 2015. It is still in the pink of its health and is busy collecting scientific data. 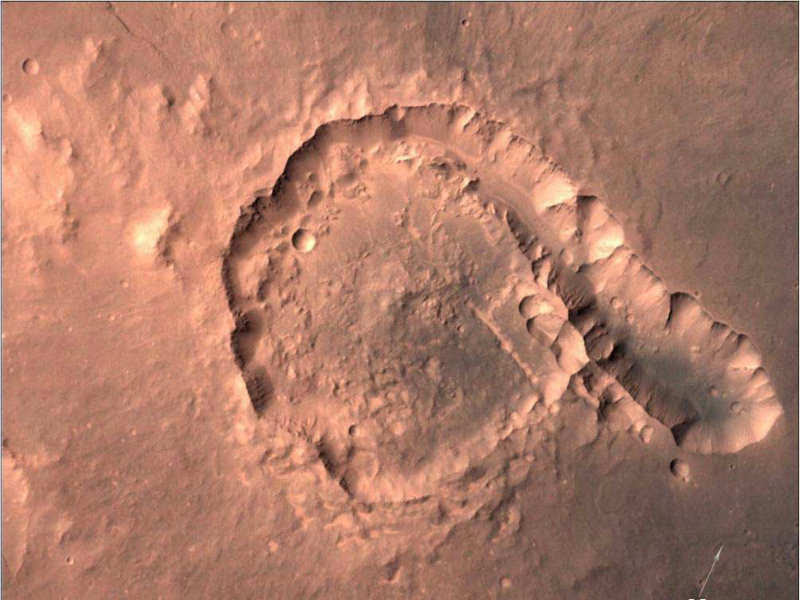 2) Launch of India's 4th navigational satellite: ISRO successfully launched a navigation satellite using the Polar Satellite Launch Vehicle (PSLV) from Sriharikota on March 28, 2015. It will help the country to have its own version of the Global Positioning System (GPS), useful in everyday life for navigation. Having an accuracy of less than 20 meters, this system is comparable to the best in the world. 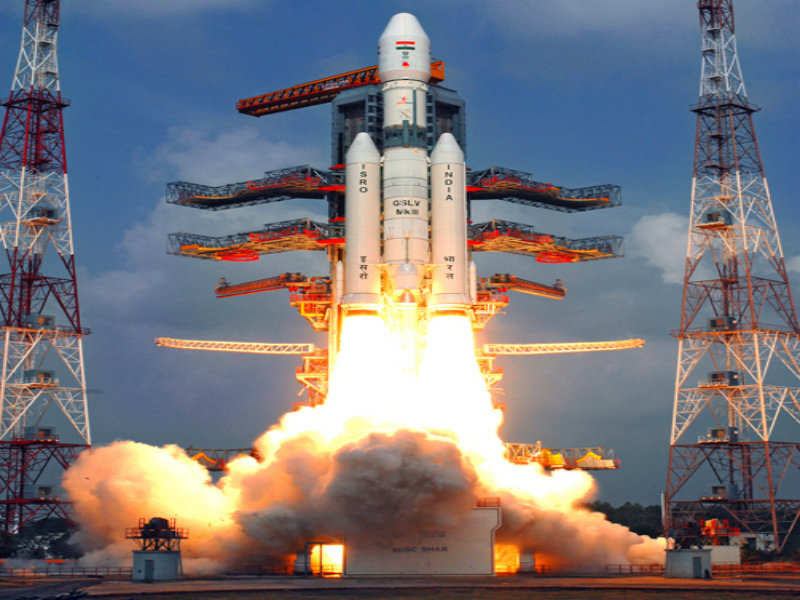 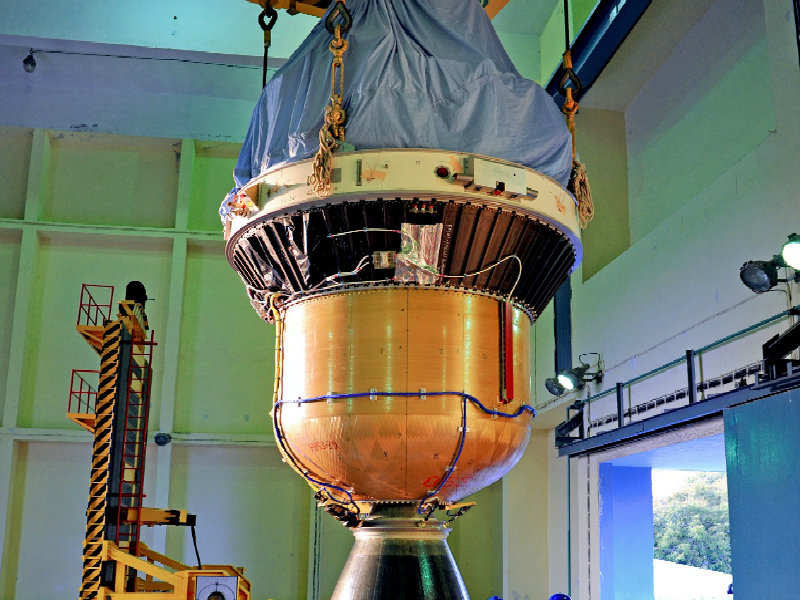 The Indian space agency is now busy preparing for the launch of GSLV-Mark-II, probably around August 27. According to an official, the 2.1-tonne capacity GSLV-Mark-II would carry a communication satellite. It would also launch seven other satellites by March 2016. And if all goes well, the Indian space agency might start its mission to Venus by end of this year.
(Image: ISRO)