Starter Story: The year was 1770, and in a small Italian church, two altar boys prepared for Benediction. Annibale Della Genga and Francesco Castiglioni entered the sacristy, put on their albs, and grabbed the heavy brass candlesticks. And then they began to bicker.
Arguing over who would stand on the priest’s right for the procession, their quibble escalated into a shouting match. Alarmed parishioners turned their heads to the back of the church to see the commotion, and that’s when it happened:
Castiglioni cracked Della Genga over the head with his candlestick.
Blood dripped out of Della Genga’s head, and both boys began shoving each other. Shocked parishioners screamed, “Throw them out! Throw them out!” So the embarrassed priest grabbed the boys, led them to the door, and tossed them out of the church.


When I was in New Zealand in 1973 I read this fascinating comment in a newspaper article by the Director of Radiotherapy and Radiology in that country: 'Cancer makes people start thinking of their lives. Everything they do has a keener edge on it and they get more out of life. In fact, some people never became complete human beings and really start living until they get cancer. We all know we are going to die some time, but cancer makes people face up to it. They are going to go on living with a lot of enjoyment, just because they have faced the fear of death. Cancer patients aren't dying. They are living. I have never seen a suicide because of cancer.'
Anthony Castle in 'Quotes and Anecdotes'

12 Sunday B: The Lord in the Storms of our Life

As A Life's End Draws Near, A Father And Son Talk

"For me, dying — it's very enlightening and certainly rewarding," David Plant (left) tells Frank Lilley. "Look at the opportunity to talk, for example. It's just incredible." 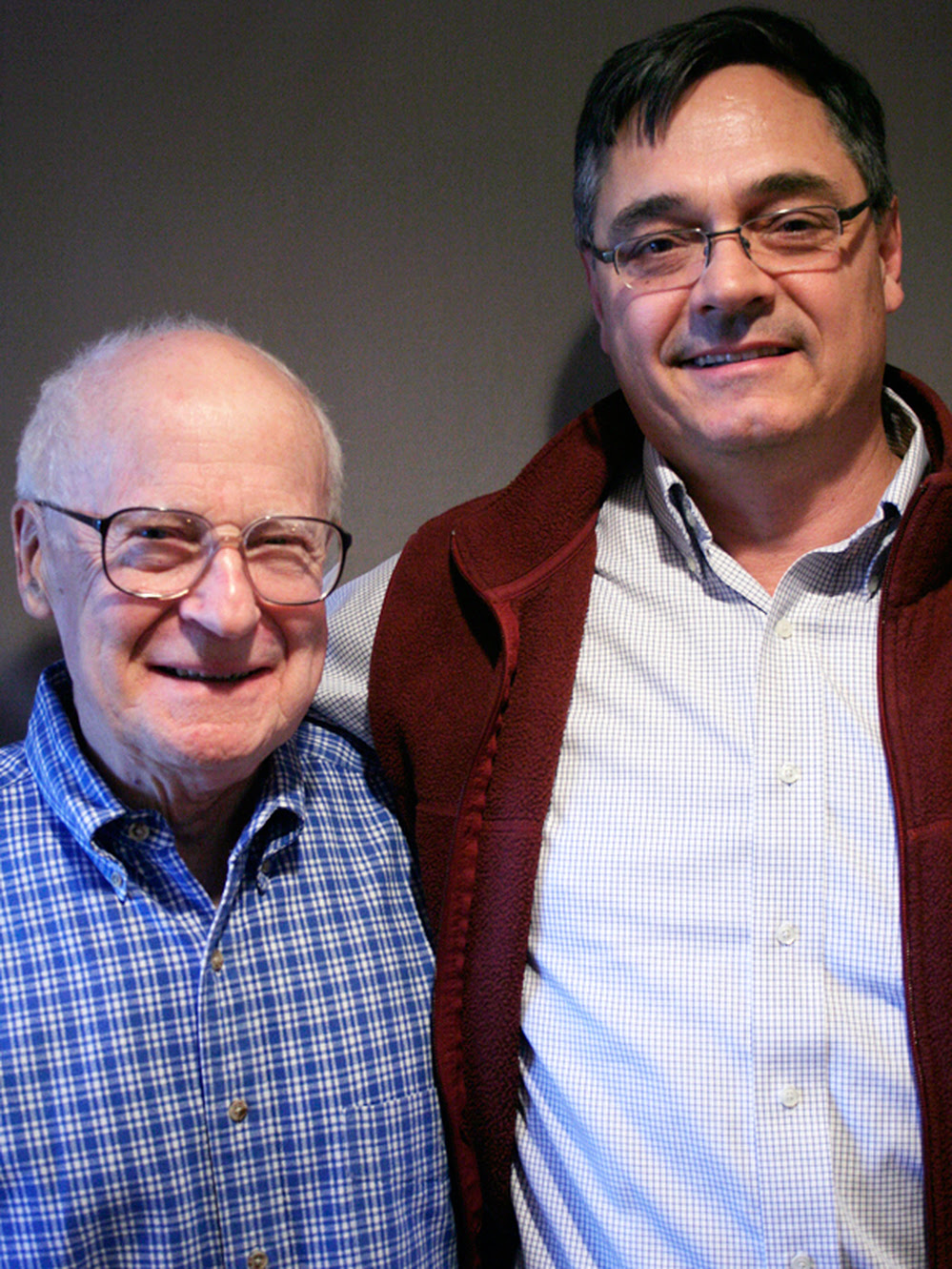 In 2010, David Plant was diagnosed with skin cancer. The cancer has since metastasized to other parts of his body, and David is now contemplating the end of his life. So, just before his 81st birthday, he sat down with his stepson to talk about their life together.
As Frank Lilley explains, "David is my stepfather, but I certainly consider him my father."

In today's first reading Ezekiel points to the cedar tree which is symbolic of David's kingdom, which God promises to restore after the exile. God will make things happen. "I myself will take the shoot from the top and I will plant it upon a high and lofty mountain." This prophecy indicates that David's kingdom will not only be restored to its former glory but will be fulfilled in the kingdom of Christ. We cannot do anything to bring about the kingdom but God can and will in His time and by His power.

The Lord of DivisionI’d like to suggest that the Devil has been particularly successful in giving us one piece of truth from which we have made a religious belief: the portrait of a benign, sweet, marshmallow Jesus. We Christians have focused on passages like, “Learn from me for I am meek and humble of heart” and ignored counterbalancing passages such as, “I have come not to bring peace but division.” In today’s gospel we have just such a Christ, a demanding figure, the very Lord of division. William J. Bausch in “The Word –In and Out of Season”